The Government of Anambra State, through the Anambra Signage and Advertising Agency (ANSAA) has pulled down some of the billboards of Labour Party (LP) presidential candidate, Peter Obi.

ANSAA reportedly removed the bill boards during the weekend following the alleged inability of Peter Obi to pay the State Government.

Confirming the removal by its operatives, Managing Director ANSAA, Tony Ujubuonu, said one of the LP billboards was removed on Saturday but not on the orders of Soludo.

Ujubuonu said: “Whatever that was removed was as a result of a challenge we had with the agent that erected the board.

”First and foremost is that the bridge you are talking about was having a Labour Party billboard. If you recall in August, we sent out a message to all political parties to pay up their campaign fees. 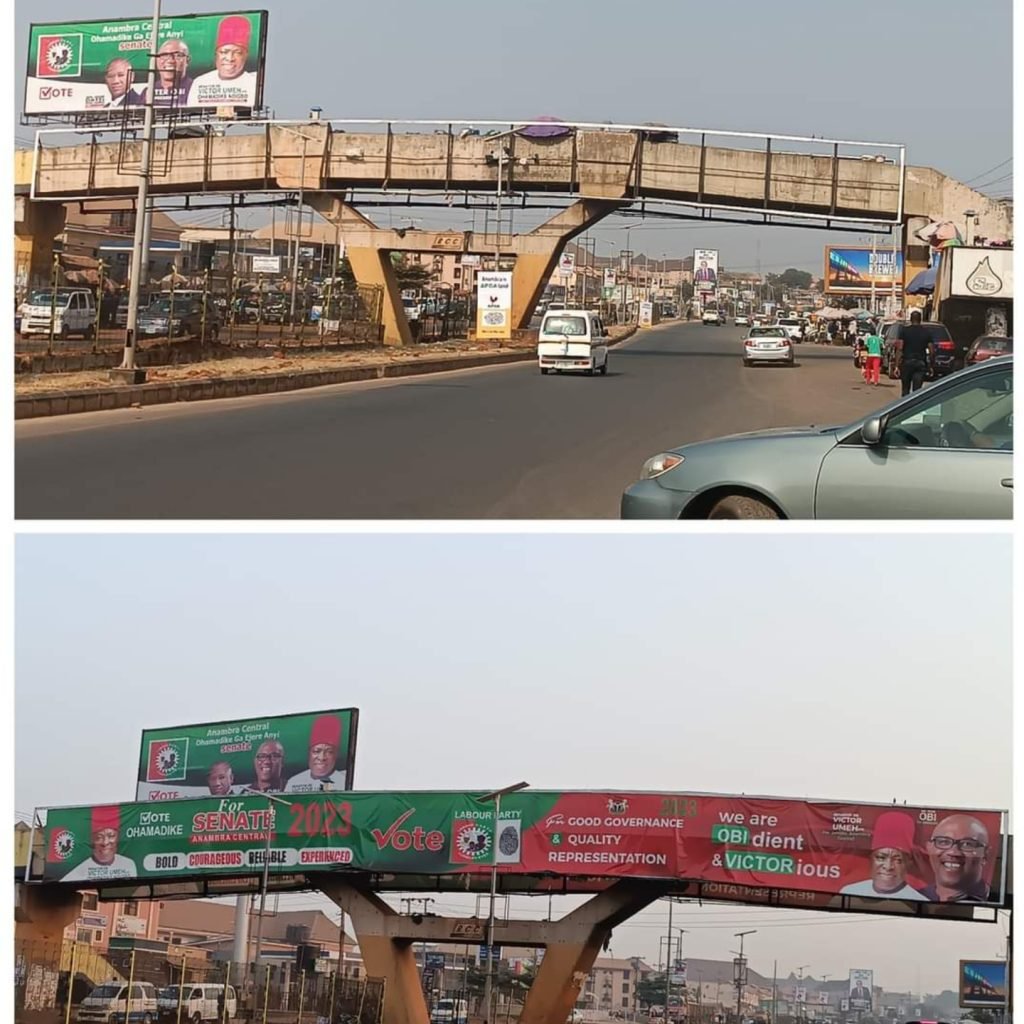 “There was a lot of hullabaloo about it. None of them has paid their own. So most of the parties that have not paid theirs that have adverts on government assets were removed. It has nothing to do with the governor.

“Governor didn’t give any order. If they said they paid, the campaign fees, let them give me any evidence, I should know, I’m the the ANSAA MD.

“They didn’t pay the campaign fees and we spoke to their media heads several times; we informed them about the enforcement, and they haven’t paid it so we decided to take down the advert.

READ ALSO: “I Do Not Have Cancer” — Mercy Johnson Speaks (Video)

”It has nothing to do with the Governor. Anybody that tells you anything about the Governor and the billboard is telling you lies.”

He maintained that when the billboard was removed, government refunded the advertising agency that mounted the advert its money.

Ujubuonu stated that the agency don’t deal directly with the Labour Party, stressing that they only deal with the advertising agency that mounted the board.